With the directorial talent of Damien Power behind the production of the thriller ‘No Exit’, it’s a gripping tale that keeps viewers anticipating and looking forward to the next scene. The story revolves around Darby, who is a recovering drug addict, on her way to visit her hospitalized mother when the development of an intense blizzard forces her to take refuge with a group of strangers in a rest area, high in the mountains. Looking for a signal, she goes outside and eventually discovers a kidnapped girl, gagged and locked in a van, belonging to one of the people inside. The narrative becomes even more tense and thrilling as Darby tries to find out who the kidnapper is.

The thriller-drama mainly centers around the theme of rescue and mystery, and it consists of several biting scenes spread throughout its runtime. If you like suspenseful themed movies that make you wonder “What happens next?”, then we have a list of some other cinematic gems that would still intrigue you. You can watch most of these similar movies at “No Exit” n Netflix, Hulu or Amazon Prime. 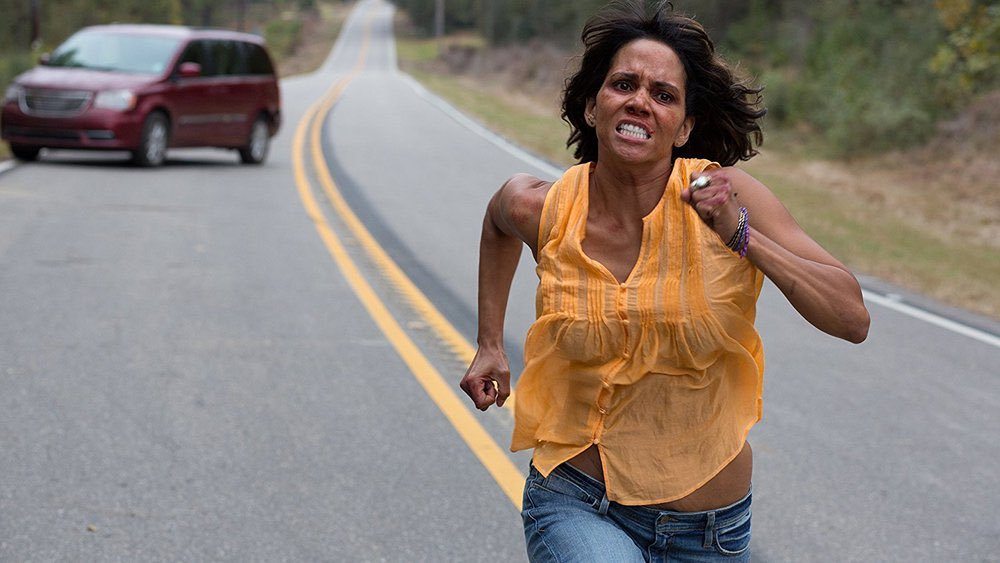 True to its name, “Kidnap” follows a gripping tale about Karla, a mother who makes it her mission to rescue her kidnapped son. Her motherhood instinct gets the better of her, making her reluctant to leave her only son’s life in someone else’s hands. Karla is seen racing against time and begins the chase to save her child and bring the kidnappers to justice. Even though this thriller involves a mother chasing the kidnapper, unlike “No Exit” where the protagonist is not the mother of the kidnapped child, they both share the narrative of the chase. One literally pursues the kidnappers of her child while the other pursues the truth to find out who the kidnapper is. 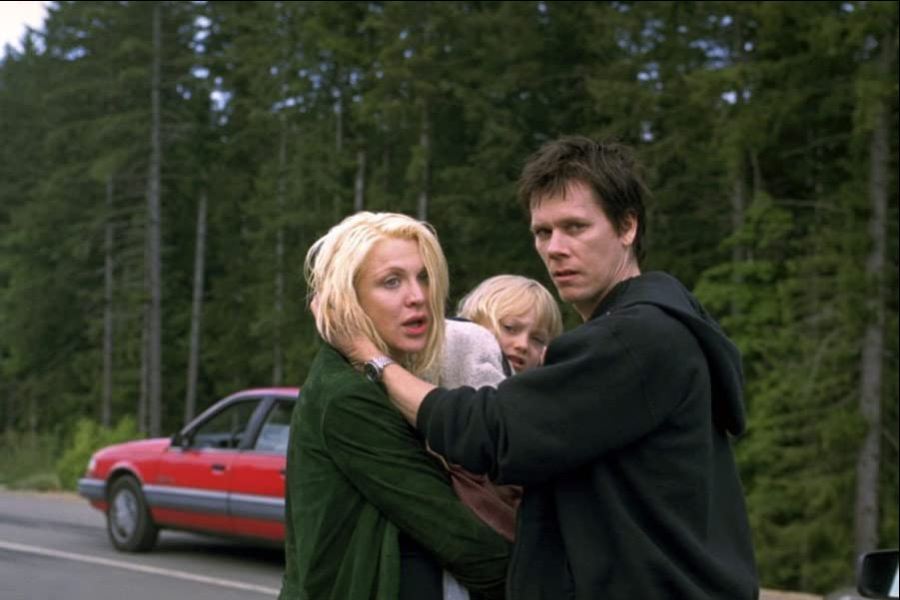 A young doctor and his wife have their daughter kidnapped by a nefarious gang of kidnappers, and are held hostage with 24 hours to pay the ransom. As their young daughter suffers from asthma, it soon turns out to be a race against time for life or death before the situation escalates and ends in a fatal way. The kidnapping and rescue theme is split between ‘Trapped’ and ‘No Exit’, making for an intriguing watch. 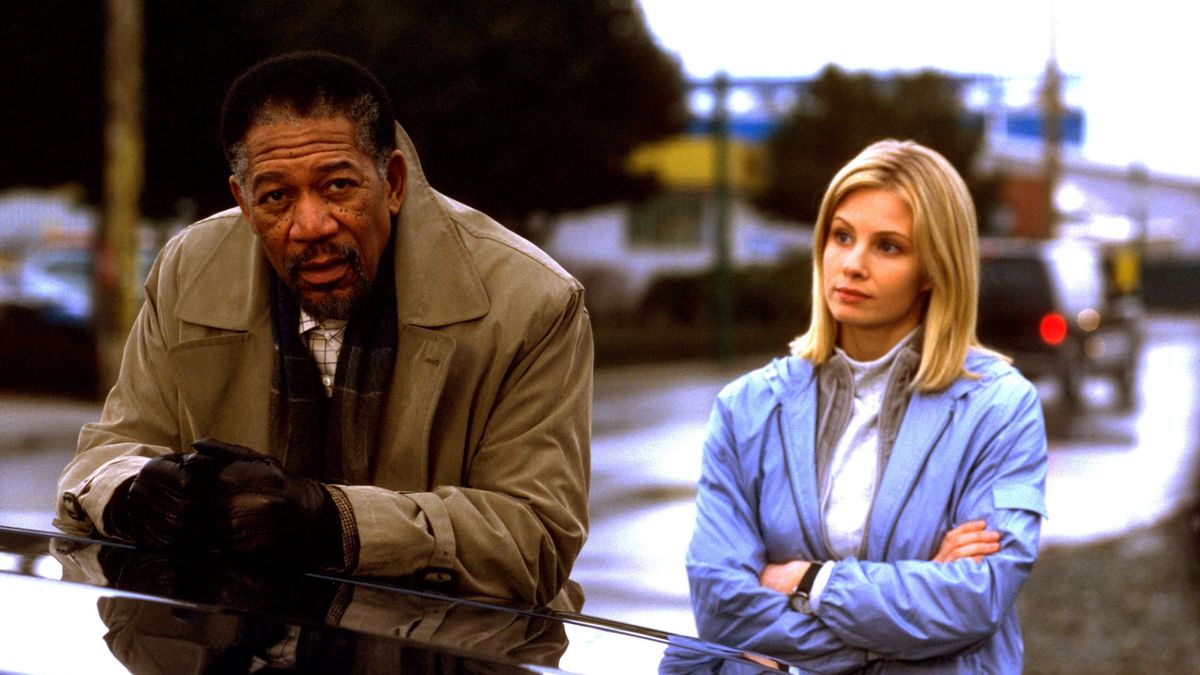 Detective and psychologist Alex Cross is brought in to investigate a case while still mourning the loss of his partner when a senator’s daughter is kidnapped from a private school. What makes this case more interesting for Cross as well as the public is that the kidnapper demands that he wants to deal with Alex personally. Just like “No Exit”, this crime thriller also involves dealing with the troubles of someone close to the protagonist – the death of his partner in this case. In “No Exit”, the protagonist’s mother is in the hospital in critical condition, making the situation somewhat similar.

A very experienced 911 operator named Jordan Turner makes an error in judgment, which causes the call to end badly. This raises a doubt in her mind and she wonders whether she should continue doing this job or not. However, soon enough she receives a call from a kidnapped teenager named Casey and Jordan is forced to use all of her experience on the ground and quick thinking ability to try and help her escape while ensuring that bring the culprit to justice. What makes these two crime thrillers similar is the fact that they involve the respective protagonists in finding a way to save the victims from their captors. 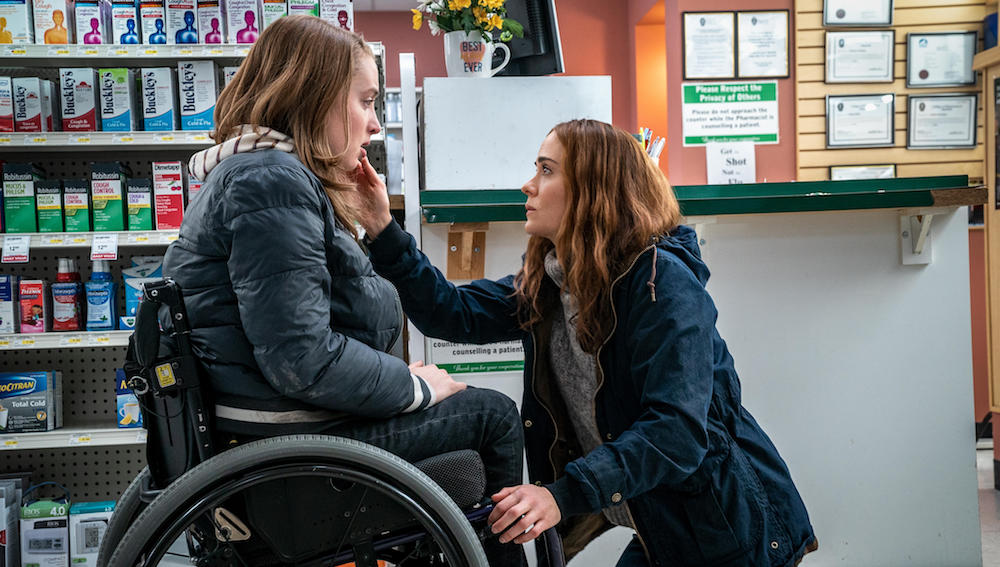 Chloe is a homeschooled teenager who suffers from several conditions due to her premature birth. Her mother, Diane Sherman, who seems to love her daughter unconditionally, soon transforms into another version of herself when her daughter doubts that she is keeping sinister secrets from her. Even though Chloe is kept at home due to her illnesses, it’s like being held captive by her mother, metaphorically tying Chloe’s hands with her so-called ‘affection’ and keeping her inside. of an enclosed space, like the back of the van in which Darby finds the kidnapped child in ‘No Exit’.

What happens when a room is filled with several strangers coming from different places, to take shelter from the intense blizzard outside? Sounds like the start of ‘No Exit’, doesn’t it? Well, the narrative of ‘The Hateful Eight’ also follows the same theme, except it’s bound to be all the more gory for being directed by Quentin Tarantino. Set after the Civil War, this mystery drama is primarily about a bounty hunter and his capture, finding refuge in a room full of weird and nasty characters in the middle of a violent blizzard. The blizzard-themed narrative combined with the characters stuck in a room full of strangers is what makes these two films similar.

“Don’t Breathe” is a thriller centered around a group of three friends breaking into a blind man’s house in the hopes of walking out with a huge fortune. However, things spiral out of control when they discover the blind owner isn’t as helpless as he seems. Thus, the trio must find a way to escape before the situation escalates. Like “No Exit”, “Don’t Breathe” also involves a group of characters stuck in a room and one of them is not who they think they are.

Read more: No Exit Ending, Explained: Who are the kidnappers?